My GitHub account has been busy lately, thanks to not just one but two great open source–supporting clients!

Top prize goes to Technical Machine, whose ambitious Tessel hardware platform is about to be released! Thanks to their sponsorship, the following modules have been published: 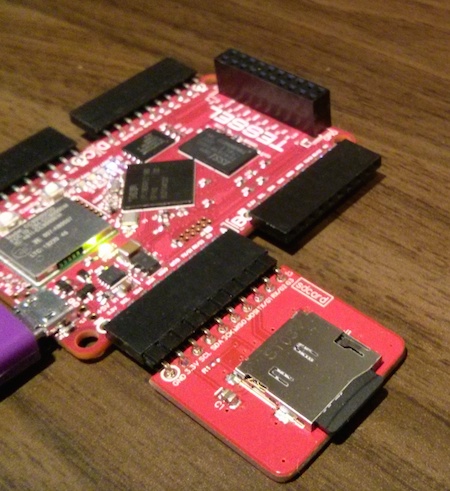 The Tessel platform is a big deal, and has an incredible team behind it. Due to my early work porting node-nrf to their platform, I've gotten to watch their hardware, software, tools and documentation get steadily more refined. I'm not sure people realize just how much the Technical Machine team has accomplished in the last year. This isn't a cheaper Arduino, or a smaller Arduino, or an Arduino-with-some-extra-shield-built-in. It's not an Arduino at all, but I don't think it will suffer from being "too different" or too vendor tied either — it builds on, participates in, and contributes to the most interesting and valuable things people are doing with node.js. I'm grateful I could help out with a relatively small (seriously!) piece of their platform…

A hearty honorable mention to Couchbase as well! I had the privilege to make a cameo appearance at HTML5 DevConf — remotely, using a demo app I wrote for both iOS and Android! CouchTalk shows how you might enable "local islands of connectivity" that still share data with each other in near-realtime through a remote server. It was a treat to take their team's "push-to-talk web chat room" demo and run with it, updating the browser logic to work with Couchbase Lite and filling out the mobile interfaces to make the Sync Gateway features a bit more visible. 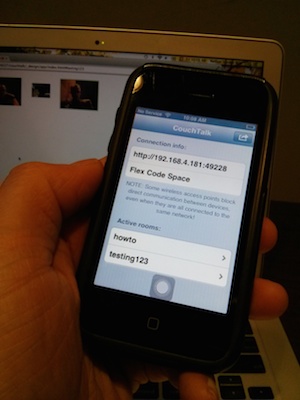 We kept the demo simple, but it's clear that Couchbase has solved a lot of the problems I'd been having with actually deploying related databases in an offline-friendly multiuser architecture. [That's quite another blog post…] I hope the demo inspires others to try out Sync Gateway and Couchbase Lite (née TouchDB) for their mobile apps — I know it's gotten me interested in that space again. It was not only a fun project, but I'm glad they found a way to get me to finally try out their storage stack in earnest ;-)

In the midst of all this, I also deployed a major update to the eReader/workbook webapp that's been going through classroom trials (closed source, but lovingly handcrafted with HTML5/D3/CouchDB/node.js etc.) and somehow managed to sneak in a last-minute trip to the Bay Area so as not to miss Edward Tufte, Bret Victor, Mike Bostock and Jonathan Corum all in the same room! It's been kind of frantic, and as a result I've been about a week later getting to each of the projects' "wrap up" stage than I had hoped to on my side.

Because meanwhile, my wife has been working on an even more significant deliverable, which I might add, is also running about a week behind schedule…