I've tried to explain this many times to myself, to clients and to peers. And will try again to explain it here.

I suppose you could call these subspecies.

Started life as Lotus Notes built of the web. 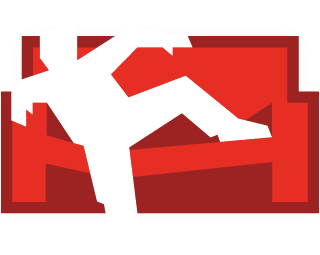 It is "a database that uses JSON for documents, JavaScript for MapReduce queries, and regular HTTP for an API". Masterless synchronization is a very important part of its DNA, and I'd also note its ability to attach arbitrary binary files to said JSON documents.

No relation, not relevant, not capable of interbreeding. Happens to resemble CouchDB enough to merit a brief mention.

Apache CouchDB in the browser.

So what is a Couch?

It seems, at its core, a Couch is a non-atomic collection of atomic JSON documents. Each document has a unique identity, and a sequential list of changes to a given set of these documents is always available.

The first extension — peer-to-peer synchronization! — is the most interesting. The second extension is related to the first — because of the simple/powerful syncability of a collection's changes feed, we can decouple the practical "optimized access" indexing options from the core collecting of data.

Above this core are where most of the differences lie. Does this collection contain data from multiple users, or just one? Will a collection live redundantly across multiple servers, or be self-contained on just one? Will a user have direct access to this collection of data, or use it only through a middleware layer? Does this data include access control and indexing methods and display logic, or is that outside the scope of a database?

In my opinion, direct bi-directional access to my own data via a standard peer-to-peer synchronization protocol is the most alluring, most important, feature of a Couch. However, implementing this in practice foists all manner of odd questions and unusual concerns upon the database layer. The Apache CouchDB project has managed some very creative solutions to perhaps 90% of these problems, but the solving the next 90% will test the community's (communities'?) mettle.

And why does this matter.

Where you don't need to give your data to a big corporation, to have it on all your little devices.

Where you don't need to take your data out of one app, to use it in another.

Where you don't need all your data, but it doesn't hurt to keep it.

Is this terribly important? Maybe maybe not.

At all likely? No.

I think so. And the Couch ecosystem provides a great foundation for trying.

So all this data freedom mumbo-jumbo is for paranoid people who hate business models and don't believe in economies of scale.

The Couch ecosystem is still young, and it is becoming kind of a mess. But the diversity within this particular species of "NoSQL database" is an indication of how resilient the DNA in its nucleus is. Its core model is solid enough in theory and simple enough in practice that we already see a baseline of interoperability between Couches of all shapes and sizes.

Ignore all the magic unicorn webscale utopia stuff, pretend most versions aren't nearly impossible to compile, pretend the best API documentation isn't trapped in narrative form, and give CouchDB a try anyway. Then something something…relax! Okay.