Probably the biggest recent change was selling my iPhone 4 and replacing it with a Nexus 4. 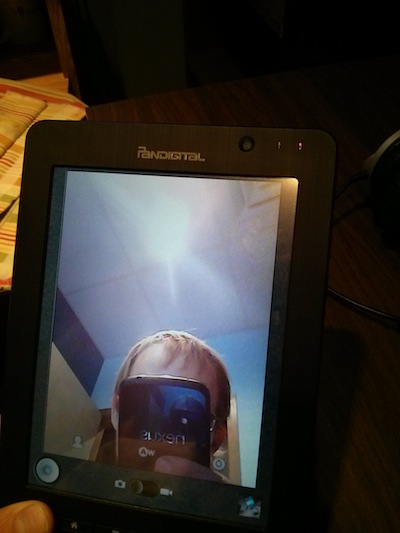 No, not the cheap old off-brand tablet which it is taking a picture of.

As I found out when I got my Nexus 7 last year, modern Android is an excellent operating system. Seriously. The browsers [yes you have options], the extendable platform, the multitasking and notifications, even the visual design (especially the visual design?!) all put iOS to shame. It came down to: Google creeps me out, Apple pisses me off, and both big evil corporations are snug in bed with our benevolent shadow government (ALL HAIL). So I might as well enjoy a surveillance device with the superior user experience.

Unlike Apple, Google's not afraid of shipping products that do useful things with all the data they collect for the NSA, but I'm still trying to avoid most of those. Plus, many of the core pieces (calendar, contacts, photos) at least in theory will let me connect them to my own services via my own plugins. I'm eager to dabble in that when I find some time. 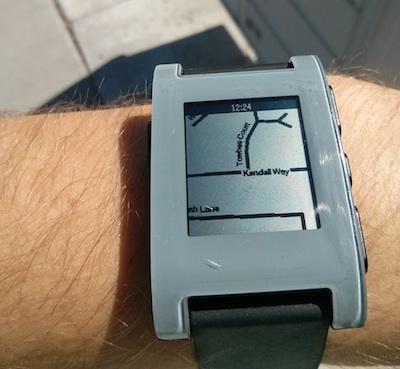 To celebrate finally having a pocketable Pebble proxy (my larger Nexus 7 doesn't get cell data and iOS pretty much sucked at all things Pebble), I got my Wristmap watchapp far enough along to share with others. Plenty more improvements to make, but it's already gotten some really encouraging feedback on the Pebble forums. You can read more details and follow along there.

Thanks to an impromptu lunch discussion about SIP with Lance Stout, I figured out how to extend my barebones public IP address site with a very handy new subdomain! 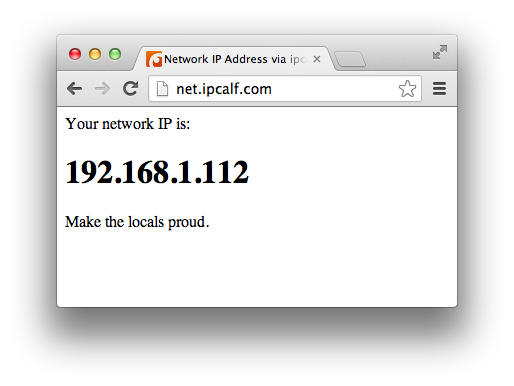 The new net.ipcalf.com subdomain uses WebRTC to find not your public IP address, but your network IP address — i.e. the LAN address you need for doing local testing. So it works great in Chrome and Firefox. Which both work great on my AWESOME NEW PHONE by the way :-P

Apparently it's already been making the rounds within the web security community due to how simply it shows the information disclosure, but in my opinion being able to set up peer-to-peer connections inside a LAN is a really cool feature of WebRTC worth the tradeoff. And not just as a handy web-development tool. (PeerPouch is coming.)

It's not there yet, but the fish-feeding/greenhouse-monitoring equipment I mentioned in my last post is coming along fairly well. Over the weekend I got many of the additional sensors coded up and an improved food spout attached. 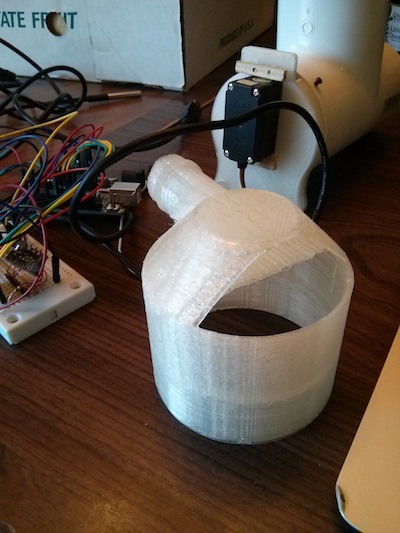 I've got to re-architect the Arduino side of things to avoid some long-blocking sensor reads, and shore up the Raspberry Pi side which has not been terribly reliable since an unfortunate wire-wrap accident involving a toddler. And then get it on the web.

This month will be busy though, as the next two weeks' schedule involves making this happen: 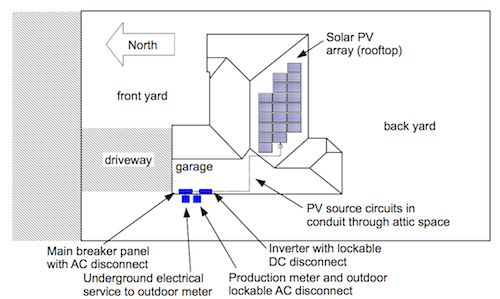 (design by my dad)

There may be a floating webcam involved.