The greenhouse aquaponics project has been going well. 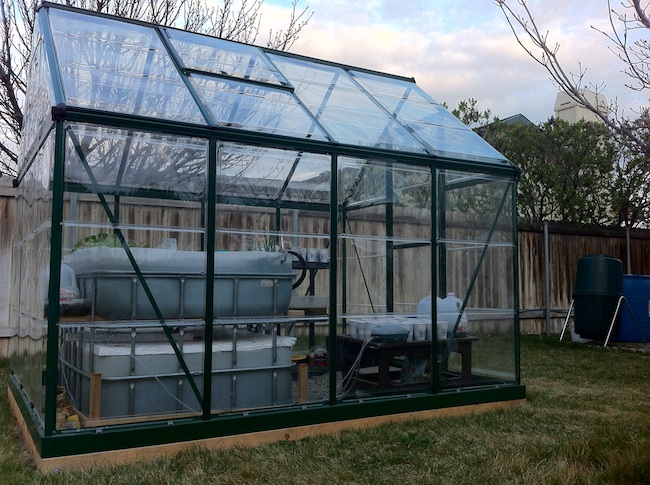 Not without a few hiccups (my first water pump slowed to a trickle and needed exchanging, and a GFCI breaker has cut off power to the pumps twice^Wthrice over the month) but as of this morning all 14 fish were still swimming happily enough in the tank. As is typical, the water ammonia levels rose (over 1ppm) until the first set of nitrifying bacteria blossomed and are well caught up converting it all to nitrites (2–5ppm). 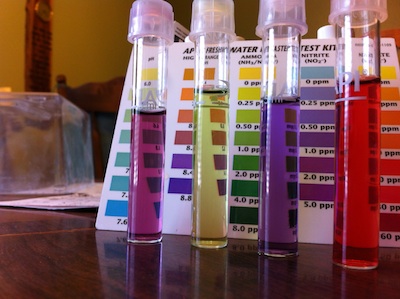 My nitrates had started going up (from 10–20ppm on day one to the 40–80ppm range now) but are now lagging a bit — I'm a little nervous that a relatively small top-off with water straight from the spigot set the next stage of bacteria back a bit, but OTOH it could just be that the grow bed is keeping up with the nourishment as soon as it's ready and the ecosystem might just need another week before the nitrites finish moving over into the next test tube, just as the ammonia suddenly did. 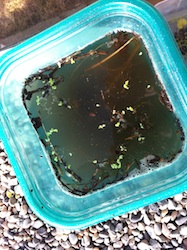 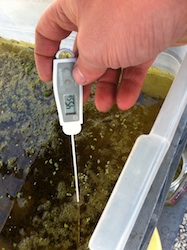 So I bought some duckweed off eBay. 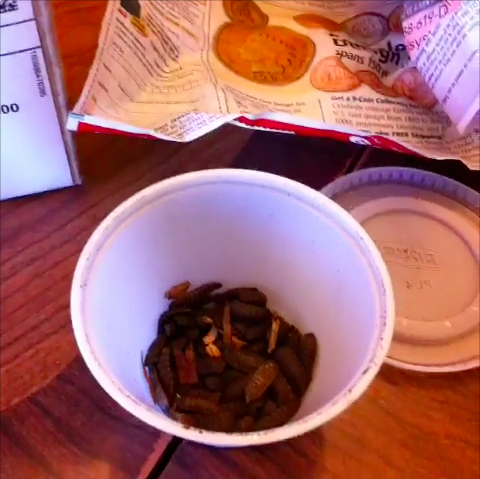 Learned all about the pond scum and the creepy crawlies — essentially both species are great for turning leftover yuckies into delicious chicken/fish food — for a week or so. Why is the duckweed sitting there turning white instead of multiplying exponentially? What environment do the motile pupae prefer for their presto change-o thing?

Then realized that I was back to waiting. 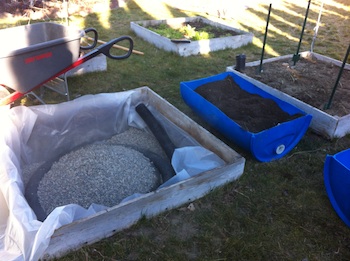 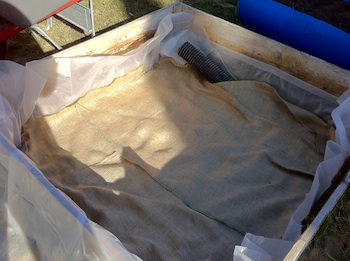 I'd happened across this idea while researching aquaponics growing techniques. Growing up in Midwest humidity, it was still baffling me just how quickly water disappears and plants dry up here in eastern Washington. Our original garden beds had succumbed to grass and needed refreshing anyway. Three of the four dug out and installed so far.

Meanwhile my wife has been busy sprouting…

A growbed and a whole package of paper cups full of little plants. We've got a backyard map, sketching out the master plan. Did I say "plan"? What I mean is, if we sprout it we'll have to let it grow somewhere right?

In summary, by "going well" I mean we may have gotten a little carried away with this whole suburban agriculture thing.

Other news? I've been working to get PeerPouch (PouchDB-over-WebRTC) to demo so that I can get back to my wireless sensor/yogurt maker network plans.

And just signed a contract to write a book about D3.js.