We've been busy ballooning the past few days. 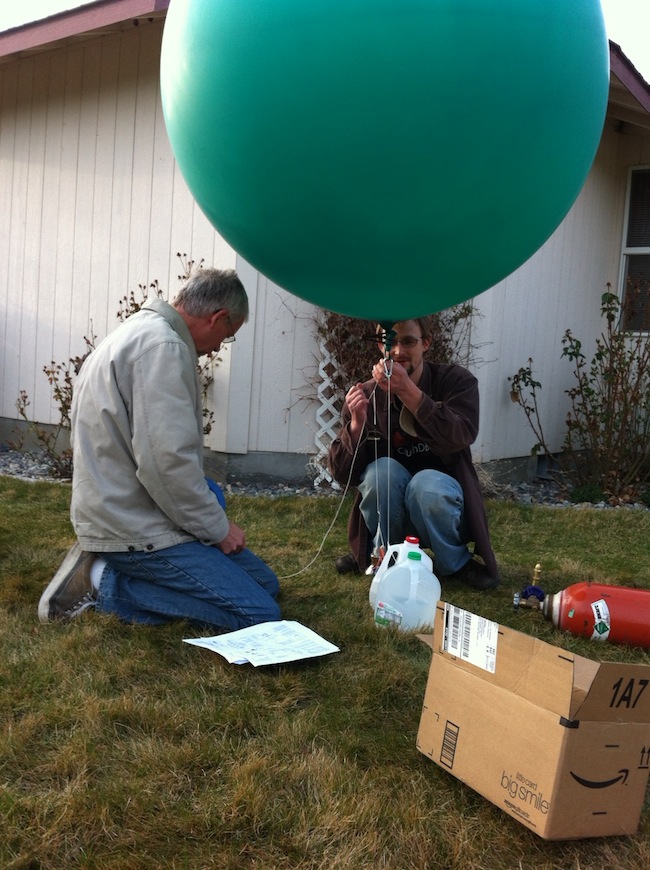 It's been a great adventure, one my family (including parents from out of town) has been joining in on. I'm especially indebted to my father-in-law, who's helped me figure out and even make very significant improvements to the balloon kit. 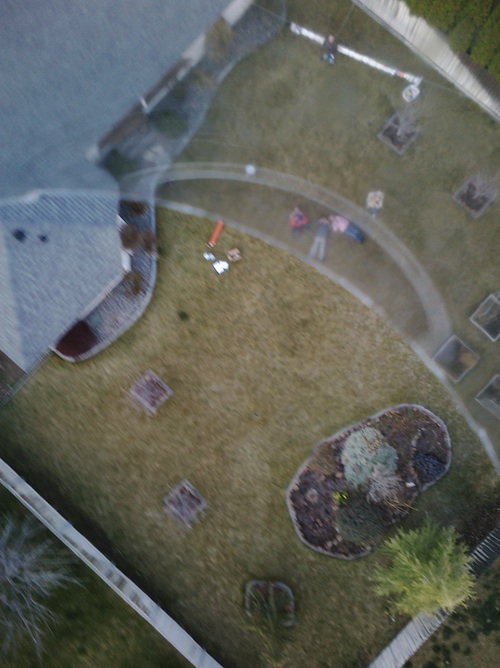 The images are starting to turn out a little better each flight. I started by lofting my Palm Prē 2 into the sky. 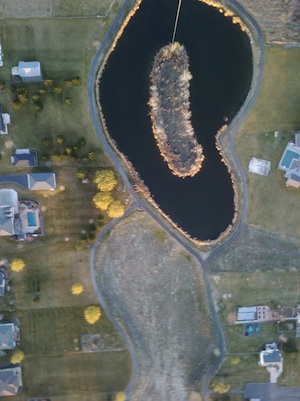 I found both a decent timelapse app and GPS logger for it, and it's an option for smaller helium fills due to its low weight. Unfortunately, most apps for this ill-fated smartphone platform are kind of half-baked, as I found when my phone ran out of battery halfway through the flight. The photos up to that point were fine, but the tracklog seems to have been stored in volatile memory only. Little bugs that could be worked around if the phone's fuzzy little camera sensor is adequate for the scenery.

But it turns out this balloon can heft my DSLR and GPS unit pretty handily. Bigger sensor, better glass, and more reliable location logger!

It was too windy, but we managed to get both a low-altitude test flight and a short, nerve-wracking full-string-length cruise in today: 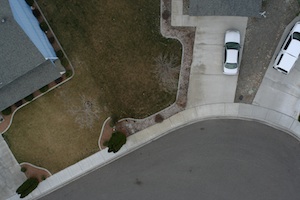 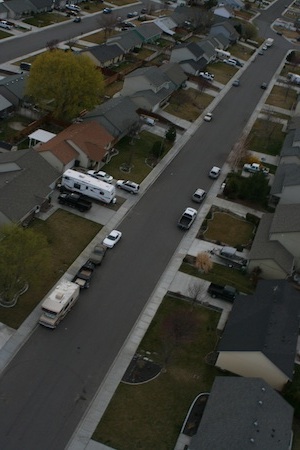 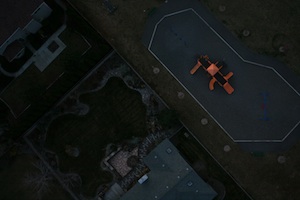 One of the wind's few benefits is the occasional oblique shot — sometimes the camera momentarily defies gravity and gets whipped towards the horizon. Kind of scary to watch helplessly from below, and usually just results in blurred images, but now and then there's an interesting landscape photograph or two that winds up coming back down.

This is just the tip of the iceberg. Our cameras have taken many thousands of shots in the last three days, and at least 0.8% of them seem to have turned out!