So you're using CouchDB because it has a great RESTful interface for managing data. PUT a JSON document in with various options, GET it back later through several means. Did you know that how you DELETE can also affect how your document is persisted?

Let me to explain.

You PUT a document {"_id":"mydoc", "some_data":42} into your database. You fetch this document directly via GET /whatever_db/mydoc, and the simplest way to "get rid of it" is to DELETE /whatever_db/mydoc. That's a bit oversimplified because you do also have to include the MVCC revision token, but modulo that, it's pretty much what you'd expect from a REST API.

The third way is usually the wrong way, and it's not really "deletion" in the normal sense. You can POST document info to a database's _purge API to erase CouchDB's memory of it. The data is still on disk until after database/view compaction and similar disk storage caveats have been taken care of, but the data will cease to exist as far as the API is concerned.

Wait…deleted data doesn't normally cease to exist? To delete a document, its wrong for CouchDB to actually remove it?!

Right. The CouchDB wiki explains it this way: 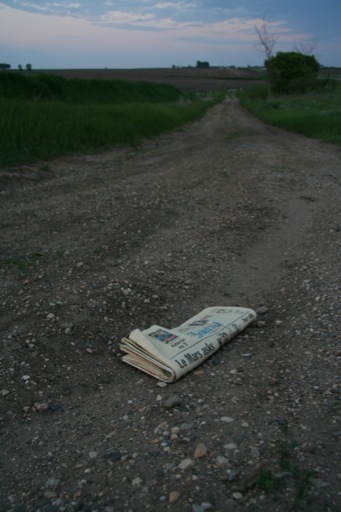 Which one should you use?

The choice depends (mostly) on how you're syncing between databases:

Simply DELETEing a document could break filtered replication. If a filter function only makes changes visible based on, say, an application-specific "type" or "user" field, these fields will not be present in the final {"id":"mydoc","_deleted":true} stub left behind by a simple DELETE. Consider this filter function, equivalent to the one in the filter function guide:

This filter only exposes revisions if there is a "name" field and it matches the session's user information. Revisions resulting from a DELETE request will not have any "name" field. That change won't get passed along — so the document will be left in the target database as-is! In order to propagate deletes, either the document's other fields should be retained in its _deleted version (by using PUT/POST instead of DELETE) or the filter function would need to return true after checking if (doc._deleted), before assuming any other fields.

Even if you're using filtered replication, leaving full documents of data which is no longer needed might be undesirable. Remember that the final form of a document will eventually propagate to all databases. Especially if your documents are large or the frequency of deletions is high, there's no sense wasting bandwidth and disk space just to work around a naïve filter function.

Note that simply propagating all deletions to avoid the filtering issue has its own drawbacks, though. If you're using filtered replication because the target has limited storage space, or to keep private data private, copying the last version of every deleted document to every replica is not a good solution. At best it would be a waste of resources, at worst it could leak sensitive data — especially if some parts of your app are simply flagging original contents as deleted, while some of your filters are assuming that any delete is safe to propagate!

A hybrid solution might be appropriate: if you know which fields are relied on, across all of your replication filters, you could store those in the final revision while omitting the others. This enables filter functions to remain picky about what they pass, while increasing space savings after compaction and slightly mitigating the risk of an inadvertently propagated delete.

When you're consistently aware of the implications, any method can be used to control the final state of a document — just make sure its last words are the most appropriate epitaph.